Blog of the Space Technology and Astronomy Cell 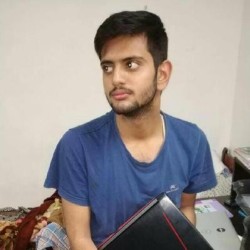 When a Star Dies in Clumps

The death of Tycho Star; in clumps and lumps.

This is an X-ray image of the remnant of an explosion left after the death of a Star. Notice the thicket of knots in the aftermath of this explosion. NASA’s Chandra X-ray Observatory reveals an intriguing pattern of bright clumps and fainter areas in Tycho SuperNova Remnant. Was the clumpiness caused by explosion or something happening afterward? But first of all, who was Tycho?

Tycho was a Danish astronomer who in 1572 noticed a bright object in the constellation Cassiopeia. He was able to show it is far beyond the moon, and it Universe can exist beyond the Sun and planets.

But we now know that Tycho’s new star was not new at all; rather it signaled the death of a star in Type 1a Supernova. These supernovae occur when a white dwarf star pulls material from a nearby companion star until an explosion happens.

gas stripped off from a companion star; Credits: NASA

Scientists used two narrow ranges of X-ray energies to isolate material for emphasizing clumps in the image. Silicon moving away from us is colored red and Silicon moving towards Earth is shown blue. Similarly, other colors show a broad range of different elements, their energies, and motion.

From statistical analysis, scientists found that Tycho SNR (SuperNova Remnant) clumps may be caused due to multiple ignition points in its explosion.

I went through a paper titled From the supernova to the supernova remnant: the three-dimensional imprint of a thermonuclear explosion describing the results by Ferrand and co-authors appeared in the June 1st, 2019 issue of (The Astrophysical Journal). The team constructed their 3D computer models of the Supernova.

the image shows mass densities of the ejecta of star’s explosion with time. Left ones are spherically symmetric ejecta, (1 D initial conditions, considering variability with radius) while the right column contains images of asymmetric ejecta. It can be observed that the matter within the central region reduces drastically as time progresses. At age of t=500 yr, asymmetric ejecta resembles what Chandra’s Tycho image looks like.

They showed initial asymmetries in an explosion are required so that the model closely resembles the Chandra image of Tycho. The expanding gas cloud is extremely hot, while slightly different expansion speeds have given the cloud a puffy appearance. This can be due to multiple ignition points in Star’s explosion as mentioned earlier which are more frequent in type Ia Supernovae.

Type Ia supernovae are used as standard candles, i.e., objects with known characteristic brightness which can be used to study the expansion of the universe. Moreover, they sprinkle elements that may support life in the next generation of solar systems.

Never miss a story from us, subscribe to our newsletter